Normally, post-traumatic stress disorder or PTSD is usually associated with military veterans, the VA will be the first to admit it is not just limited to current and former service men and women. The Veteran’s Administration estimates approximately 8 percent of all Americans will struggle with PTSD during their lives. While medical science has been working on treatment options, it is a difficult disorder to understand and treat.

What are the Symptoms of PTSD?

The symptoms of PTSD include nightmares, hypervigilance, flashbacks, hyperarousal and depression. Suffering from PTSD can be debilitating, which is why it can be so difficult to treat. New research has shown ketamine can successfully treat depression and it can eliminate the terrifying memories people carry.

There’s evidence to suggest a single dose of ketamine given to a person one week before a traumatic event could prevent the development of PTSD. Many people who have been diagnosed with the disorder have had little to no success with current treatment options. Others with PTSD could benefit from cognitive behavioral therapy and medications.

Dennis Charney, a psychiatrist at the Icahn School of Medicine at Mount Sinai tested ketamine as a treatment during clinical trials for depression, suicidality, and PTSD in the past.

Charney stated, “The results have been incredible. In depression, we found the drug could help patients get better in a matter of hours. Nobody believed it could be replicated. But it was. And we’ve seen the same thing with PTSD and suicidal feelings. That work in now being replicated. So, using it in a preventative, it sounds like it would be unbelievable. But you never know. The idea is fascinating. And we’d certainly like to test the hypothesis in humans to see whether giving the drug before a stressor could prevent the detrimental effects of that stressor.” 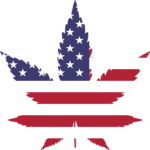 Denny said the initial work is preliminary and there are still many questions left to be answered. The question remains whether treating PTSD preventatively is even possible, and whether it is practical. If medical researchers can help people avoid developing PTSD, it would be useful in helping these kinds of mental issues. With more time and research, scientists may have the opportunity to really make a difference in the lives of people suffering from post-traumatic stress disorder.